It’s just another day, you’re reading your horoscope, and once more it says, “this and that planet is in your sign.” If you’re like most people, this statement doesn’t mean much to you, if anything. Unless you’re an astrologer or an astrology buff, chances are you don’t know about each and every planet, each and every sign, and what transits mean etc.

Say, your horoscope is talking about Pluto. What does Pluto in Taurus mean? What does Pluto in Scorpio mean? It can take months or even years to master astrology – but learning the basics about each planet can be easy. In this article we explore Pluto and we answer questions such as:

What is a Ruling Planet?

Each and every zodiac sign has a ruling planet – some even have two. A sign’s ruling planet influences, shapes, defines that sign. It’s the source of all archetypal characteristics and unique strengths and weaknesses of that sign. Planets differ from one another whether it’s their shape, mass, orbit, pace on the orbit, existence of rings, satellites, distance from the Sun, distance from Earth, and occult connotations.

Planets aren’t static; they move. Their orbit and pace determine the characteristics of their movement including how often they enter into each constellation and how long they stay. For example, Mercury stays in each sign much shorter than Saturn (Mercury also tends to go into retrograde often). By “constellation,” we mean “signs.” Each sign is actually an area in the sky.

So, when a planet is in a sign, e.g. Pluto is in Libra, it means that our Libra friends get deeply affected by Pluto. During this time, which can be anything from days to years, our Libra friends see and experience life through Pluto-colored glasses. We explore what this means right below, in the section on Pluto’s personality. 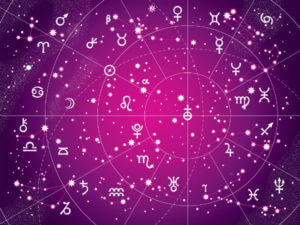 The Personality of Pluto

Pluto, the ninth planet, the smallest in our Solar System, is around 3.67 billion miles from the Sun. Because it’s that far, it takes Pluto an incredible 248 years to complete one full orbit around the Sun. This means, ten to twenty years in each sign. Pluto is even smaller than the Moon. It’s less than half the size of Mercury. Pluto was discovered via coincidence. It was only 1930 when scientists confirmed its existence.

Because Pluto is very far from the Sun, it’s a dimly lit planet. There’s a unique dance between Pluto and Neptune. Neptune’s orbit is almost circular, and Pluto’s orbit is elliptical, meaning these two cross paths sometimes, with Pluto sometimes being closer to the Sun than Neptune.

Pluto is so far from the Sun that it takes sunlight five hours to travel in space and reach Pluto! Pluto was named after Roman God of Underworld – with little light, a dim appearance, no wonder it’s been associated with the underworld and all things unknown and mysterious. It’s known to be cold, dark, and even icy – it’s associated with death, rebirth, and a metamorphosis of the soul – those changes that transform us her eon Earth and turn us into a whole new person. Like a caterpillar becoming a butterfly, the process is arduous, requires strength and patience, but the transformation is permanent.

Pluto moves slowly, acts intentionally, and is mysterious through and through. It believes in doing things deliberately; rash action isn’t up Pluto’s alley. It believes in creating lasting change. It’s a wise planet, but sometimes too heavy – in some situations in life, a little light-hearted fun goes a long way!

Those of you familiar with Scorpio and Scorpio personality have probably guessed already that Pluto is Scorpio’s ruling planet. Scorpio is just as mysterious, just as influential on the subconscious, and just as strongly associated with death and rebirth. Pluto is the slowest moving planet – and Scorpios are also known to be slow moving and very deliberate. Everything is thought about and planned.

When a planet is in the sign it rules, for example when Pluto is in Scorpio, Scorpio already being too-much Pluto-like in life, becomes triple or quadruple Pluto-like! Acting even slower, being more thorough, and probably annoying most everyone around because it seems like they aren’t moving at all! Many of us like to see change sooner!

Pluto-influenced people tend to slow down, turn inwards, try to understand their own deeper soulful needs. It’s the time to take a step back and evaluate your life, your overall goals, and what you want to achieve in life. You make small but effective and lasting changes during this time – might be starting to meditate every morning, perhaps only for ten minutes, but you stick to it and it proves to change your life.

When Pluto is in your sign, you don’t make impromptu, impulsive decisions. You take your time. You want to understand the true, real, underlying reasons behind events. You begin to see yourself from a spiritual perspective; you begin to understand that you’re here on Earth for a reason; you start to understand your karma.

Not sure what your soul purpose is? Or why certain things are happening the way they are? Getting your natal chart generated and interpreted by an experienced astrologer can help greatly. Your natal chart shows the way the sky looked at the date and time of your birth, from the city you were born in. It’s the exact moment and place your soul chose to descend on Earth from Heavens – which is why we look back at the Heavens to understand your soul’s choice.

A good astrologer can tell you which planets are influencing you right now including the effects of Pluto, if any. It’s also important to know which planets were in which house in your natal chart when you were born. The sameness and differences in planets’ movements and locations will tell you a lot about your overall life purpose and different life areas including, love, career, money, health, family, social life, and more.

Our sister platform Kasamba has tens of thousands of live astrologers ready to generate and read your birth chart for you. To find the right astrologer for your needs, there are two simple things you can do. First: sort available astrologers based on your personal preferences and needs. These might include a budgetary limit, level of experience, high rating, a certain psychic specialty etc.

Second, you’ll want to try each new astrologer for free. Kasamba gives you three free minutes with each new astrologer. Use this time to start asking your questions, try to get to know your astrologer, and understand their reading style. Tell them what you’re looking for and see what they say. Once you feel that you have found the right astrologer, stay for a paid session.