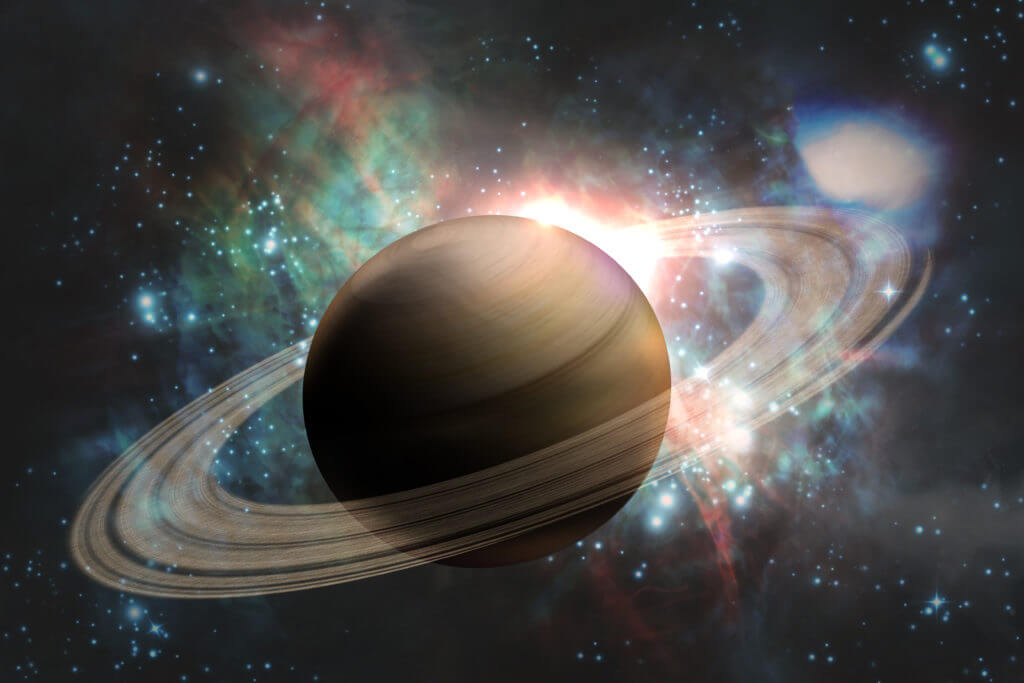 Ever wondered what it means when astrologers say a certain planet is in a certain sign? You might have seen horoscopes where planets are mentioned yet not explained. Why do astrologers assume everyone knows things like: What does Saturn in Taurus mean? What does Saturn in Virgo mean? We realized that the average reader doesn’t know, and it only makes sense that they don’t, since astrology isn’t taught in school.

In our amazing article series, we explain what each planet means. In this article, we tackle Saturn and explore questions like:

Each and every one of the twelve zodiac signs has what’s called a “ruling planet” – a planet that influences, shapes, and defines that sign. The ruling planet can be thought of as the source of that sign’s typical characteristics and innate powers. Each planet is unique whether it’s the planet’s shape, orbit, pace, satellites, distance from the Sun, and mystical associations.

Planets aren’t stationary beings. They move in the sky. While each planet is associated with a specific zodiac sign (or signs), its movement allows it to influence other signs as well – sometimes for a day, other times for months! So, when a planet is in a sign, e.g. Saturn is in Taurus, it means that our lovely Taurean friends get affected by Saturn. During that period, our Taurus friends are living life through Saturn-colored glasses.

How long does Saturn stay in a sign? It depends. The sky changes all the time. So, we can’t provide a uniform list of how long a planet stays in each sign. With Saturn, we can say that because Saturn takes about 28-29 years to finish one full orbit around the Sun, it spends around two and a half years in a sign, on average. Remember, some planets also have retrograde motion, causing them to finish their orbit slower. 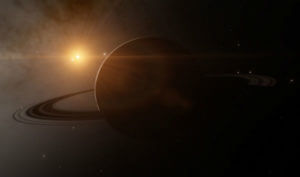 What do Saturn signs mean? Saturn signs mean those signs ruled by the planet Saturn, i.e. Capricorn, and Aquarius (Saturn is the secondary ruler of Aquarius, having served as its primary ruler until close to 150 years ago when planet Uranus was discovered.) When a planet is in the sign it rules, for example when Saturn is in Capricorn, Capricorn already being too-much Saturn-like in life, becomes triple or quadruple Saturn-like!

Now that you know what zodiac sign is associated with Saturn, let’s move on to mention what happens when Saturn moves through the twelve houses in the natal chart. As it goes into a house – say first or third or sixth, it determines what happens in the life area that’s associated with that house.

Don’t know what each house is about – review it in our article about the natal chart and the twelve houses.

The Personality of Saturn

Saturn has been known to us for thousands of years, even at prehistoric times humans were able to observe Saturn and its movements. The reason is that Saturn is the second largest planet in our Solar system – a whopping 74,900 miles in diameter – and so can be seen with the naked eye.

It takes Saturn 29.47 years to finish one full orbit around the sun. Saturn is known for its impressive rings – the most extensive in the whole Solar system. These rings are made almost entirely of water ice, which makes them look magnificent. Saturn has seven main rings as well as more than an amazing 100,000 thin ringlets.

In astrology, Saturn represents permanence (thanks to its slow pace), tenacity, concentration, a goal-oriented attitude, constancy, and stability. Saturn likes rules and regulations, well-defined tasks, discipline, control, slow deliberation, and authority. In its negative aspect, Saturn might mean fear of such authority, doing things from a place of anxiety and/or outside pressures. Saturn might also mean learning things the hard way.

Most people might not like to hear all this but without discipline and constancy, our world would’ve been a very different place. Many inventions wouldn’t have been made, our commitments to our home life, careers or even family would be weak. Saturn doesn’t like shortcuts. It likes to go into details, give the job at hand its full attention, making sure every single thing is taken care of, that nothing is forgotten.

Saturn-influenced people tend to take things more seriously than usual – which can be a good thing or just unbearable depending on which sign you are. Saturn-influenced periods can be testing, difficult, challenging but you grow through them. It’s thanks to Saturn we agree to pay a mortgage – paying isn’t fun but we end up owning a home. It’s thanks to Saturn we commit to long-term projects at work – we might not like all the details involved, but when we’re done, it looks great on our resume.

In astrology, there’s something called a “Saturn return.” This happens when Saturn returns to where it was in your natal chart when you were born. This happens every twenty-nine years as this is how long it takes Saturn to finish one full orbit. When this happens, a person completes one full cycle, he or she comes “full circle” meaning they grow up, mature, learn from life, become a better version of themselves. When a Saturn Return happens, people tend to decide to get married, have a baby, buy property, make a new investment or go for a bigger job.

Saturn is a tough teacher. It won’t leave you unless you learn what you need to learn. It doesn’t rush. Sometimes, some of your problems remain with you for years – that’s Saturn for you. But when you learn to overcome them, you learn for real. Saturn doesn’t teach temporary or quick fixes. It causes deep, true changes in our souls. 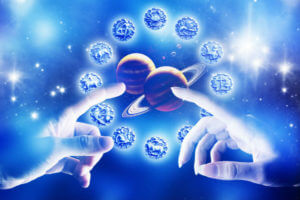 If you are ruled by Saturn

If you are Capricorn or Aquarius, you are influenced by Saturn on a daily basis. Most Capricorns are known to be diligent workers who might have difficulty splurging or having fun. They’re amazing at saving money, planning for the future, and knowing what constitutes a need versus a want.

When Saturn is in Capricorn or Aquarius, you are twice as “Saturny.” You might become too serious, to the degree of being boring or just heavy. People might need breaks from you because we’re here to enjoy ourselves as well! Learn to take a break from time to time, relax, do something just for fun. It’s okay if the dishes wait a little bit or if you answer your nonurgent emails later.

Every person is unique and has a unique natal chart. Get your natal chart done by an experienced astrologer to see which planets are in which houses as well as what your rising and Moon signs are. Your astrologer can tell you where Saturn was when you were born, where it is today and when you will have your Saturn Return.

Your astrologer can tell you what to expect in the next few weeks depending on planetary transits, progrades, retrogrades, returns and more. Whatever questions you have, about whatever life area – love life, career, money, family life, social life, spirituality, health, self-image, and much more – a good astrologer can answer it all.