Each zodiac sign’s ruling planet can be thought of as the source of that sign’s characteristic powers. Understanding these characteristics, i.e. the personality as well as the unique effects of each planet will help you understand astrology much better and deeper.

When a planet is in a sign, it means that sign gets affected by the characteristics of that planet. Like, imagine living life through Mars-colored glasses. How long does a planet stay in a sign? It depends on the planet’s pace, generally. With Mars, it tends to stay in a sign about 2 months unless there is a retrograde, in which case, it can stay in one sign for as long as 7 months!

When a planet is in the sign it rules, for example when Mars is in Aries, Aries being already Mars-like in life, becomes double or triple Mars-like! What do Mars signs mean? It means those signs ruled by the planet Mars.

The Personality of Mars 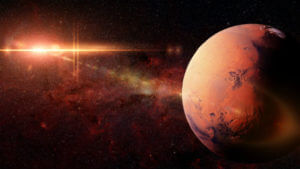 The fourth planet from the Sun, it takes Mars two years to go finish one orbit around the Sun. Mars is a relatively small planet in diameter and mess but truly powerful in essence. Because Mars appears red/orange, it looks fiery in the sky, which explains why the Romans named it the God of War. Mars deserves being called fiery as it happens to hold the largest volcano in all solar system called Olympus Mons.

In astrology, Mars is considered assertive even aggressive, passionate even obsessive, energetic even tireless, courageous even daring, and competitive even borderline greedy. Take these as the two polarities those people ruled by Mars swing to and from. If they are aware of themselves, they can show temperance while still keeping their strong, good, admirable qualities.

Mars is also associated with risk-taking, combat, athletics, and aptitude to outlast and outdo adversaries or competing parties. It is bold, forceful, into all thing exciting, experimental. Mars is considered a masculine planet and it’s also considered to have an amazing influence on lovemaking, especially for those who want to embody the masculine element in bed.

Mars-influenced people tend to see things through, make things happen even if things get rough or look impossible. They exhibit strength of will and persistence in effort. Mars brings activity, ambition, determination and action to whichever sign it visits. So, if you read in your daily, weekly, or monthly horoscope that Mars will be in your sign, know that time is right to start a new project, or continue an existing one even if things don’t look as bright as they did when you first started.

You’ll find a new drive to initiate new adventures, explore new territory, and continue exploring without feeling lost, drained, or insecure. You’ll have a strong sense of self, a belief in yourself and in the goodness of the universe, and of those around you. You’ll have a good influence on your loved ones; they’ll be inspired by your fiery energy.

What to do when Mars is in your sign

What not to do when Mars is in your sign

If you are ruled by Mars 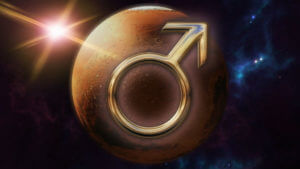 If you are Aries or Scorpio, you are already influenced by Mars on a daily basis. You are an energetic, ambitious person who shows great initiative and doesn’t get easily scared away by challenges. In fact, where people see trouble, you see room for improvement. Where people see impossibility, you see possibility. You are a born leader and you are great at paving the way for yourself and those who are willing to follow you.

When Mars is in your sign, you are twice as confident as your usual self. It’s your time to shine and make miracles happen. But beware – you might take things too far and those around you might not be ready to change or move in a new direction so soon so deep. Listen to what they think and how they see things – their perceptions, ideas, and emotional wisdom can show you a thing or two. Keep your enthusiasm alive but don’t let it blind you to reality.

Strength is useful when it’s also flexible. Too much strength without any flexibility is like a tree trunk that breaks in a severe storm. And too much flexibility is like a weak trunked and rooted tree that can’t hold its ground when it gets too windy. As an Aries or Scorpio, you have the former problem, not the latter. So while you’re strong and resilient and self-assured, your strength could use some softness, especially when Mars is in your sign.

Because every person is unique, it’s a good idea to get your natal chart done to see the effects of the other planets on you, on your twelve houses, as well as your rising and Moon signs. If Mars is dominant these days, find out which other planets are dominant too, and how the near future looks in terms of planetary retrogrades as these too influence your life greatly. (Check out our article on 2019 planetary retrogrades).

The unique combination of all the above mentioned will create your natal chart and tell you exactly what you need to know about the present moment as well as the next few weeks and months. Ask your astrologer all the questions you have, and specify which life areas you would like to focus on – love life, career and money, health, family, friends, new projects etc. Enjoy!