What is Chinese Astrology?

Chinese Astrology is one of the oldest forms of Astrology to date and is based on traditional astronomy and calenders. There is a close correlation between Chinese Astrology and the Principles of Chinese Philosophy, which includes the the theory of being in harmony with the elements of heaven , earth and water. Yin and yang concepts are also utilized, as well as the lunisolar calender (the calender of the moon and the sun ). Chinese Astrologists believe that a persons fate and destiny, is based upon factors including their birthday, birth hour, birth season, Chinese zodiac sign and more.

One of the most popular features of Chinese Astrology , are the 12 Chinese zodiac signs that are each represented by particular animals  Each animal sign also encompasses an element of water, metal, earth fire or wood.  They also embody elements and directions of the yin and yang. Each animal sign consists of a series of years of birth. Find out which Chinese Zodiac sign you are today. In 2013, we are currently in the year  of the snake.

Chinese Horoscopes Compatibility is another exciting feature of Chinese Astrology .  Certain Chinese Zodiacs are more compatible than others for business, relationships, friendship and more.  We have compiled a chart , consisting of your best animal sign matches, okay matches what is considered to be not a good match for you.  You can use this tool to find out the compatibility between you and loved ones, friends, potential dates and more .

In Chinese tradition and in Chinese Astrology, numbers are looked at closely and either regarded as auspicious or inauspicious ( lucky or unlucky). The Chinese associate certain numbers, to be extremely positive and to bring great wealth , prosperity and success. The number 8 especially is considered to be perhaps the luckiest of numbers in Chinese Numerology, especially when seen multiple times.  ( For example  88, or 888). 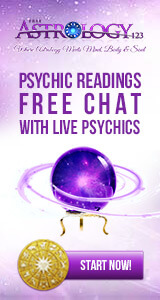