Astrology Beyond the Signs and What You Need to Know

To explore astrology beyond just your sun sign – the one that’s determined only by the day and month of your birth – you’ll need to cultivate a deeper understanding of zodiac planets meaning in order to be able to answer the following:

To be able to discover the vast zodiac and all that it offers us, you need to understand a few basic rules – in astrology planets matter. So do the positions of the planets in astrology houses in your birth chart. In fact, these matter much more than your sun sign. These give you a lot more detail and predictive insights than just your sun sign. By comparing your birth chart to current planetary alignment, astrology can inform you of what’s happening today and what might happen next. It can even tell you about your past lives through your Moon sign.

Planets are archetypes and more

In her ultra-famous book, Planets and Possibilities, the all-time queen of astrology Susan Miller explains why planets are super important and how each planet contributes to the divine energy mix that’s our fate. Sure, you can start by memorizing planet signs – Venus rules Libra and Taurus etc., but what you really need is an intuitive understanding of the personality of each planet.

Astrology counts eleven planets and includes the Sun, the Moon, and our very own Earth in this list. Perhaps calling them “celestial bodies” would have been more accurate, but leaving technicality aside, when astrology says “planets,” it means all heavenly structures that tell us about our past and influence our future.

Miller lists the personalities and myths around each planet – the most familiar to everyone is of course how Venus is associated with beauty and pleasant things while Mars is a warrior. No one – not even people who have never studied astrology – would claim that Mars has to do with beauty. The planets have been a part of humanity’s collective mythologies for such a long time – and myths from different parts of the world complement one another – Venus is the feminine in all local and global myths. Check out Chinese astrology and Indian astrology to see just how.

Humans have been keen observers of the sky from day one and they realized soon enough that each planet acts a certain way – that it has its own habits. One moves fast, the other slow. The orbits are different, the qualities of the movements are unique. That like people, each offers an archetype of one big grand divine energy. 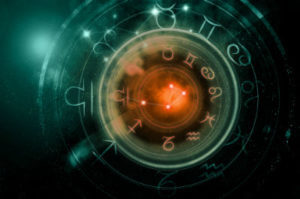 Astrology planets and signs might seem confusing but really, once you master the basics, it’s just understanding which planet does what when faced with a certain astrology house. It’s like you know your mom, and you know how she is with your dad versus your sister. The same can be said of, say, Mercury, having an influence on your first house versus eight. It might seem confusing but once you have the basic tools, it’s easy.

Knowing which planets have the most influence in your chart can change the way you look at your life, happiness, soul purpose, and more. Sages and reincarnation experts say that we choose our day, time, and place of our birth before we descend on Earth – that’s why our birth chart tells us so much about our soul-level decisions and purposes. We might not remember these decisions now – only in an unconscious level. That’s why we turn to astrology.

Some interesting and fun facts about the planets:

Let’s make our learning fun! Here we compiled some super interesting and super fun historical facts about astrology and its relationship to planets.

Like the planets and constellations, the 12-house system of astrology has also existed since the early days. The famous Greek mathematician Ptolemy is known to be the one detailed these houses and described them in detail. Ptolemy became kind of like a spokesperson for astrology in those days – that’s how deep his knowledge was.

Have there been changes to the houses since Ptolemy’s time? Yes. For example, according to Ptolemy, the eight house of the natal chart was about death. But over time, emerging and established astrologers who had better tools to observe the skies agreed that the eight house should rule legacies – the legacy of a dead person such as inheritance and all the things they may leave behind, the legacy of surgery, sex, and money. The eight house is like the afterlife of major life events.

Astrology blossomed in Islamic cultures (after Egyptian, Babylonian and Byzantine empires fell). It then continued to flourish in Europe. Here’s something you probably didn’t know and wouldn’t have guessed – that Isaac Newton, the scientist who established the existence of gravity and its rules, was an astrology devotee and a firm believer in the effects of planets on us.

Who’s ruled by whom?

Here’s a cheat sheet and an easy intro the immense world of the planets.

Cancer – ruled by the Moon

Leo – ruled by the Sun

Scorpio – ruled by Pluto with Mars as the secondary ruler

When you read the characteristics and personalities of each planet, the list above is going to make so much sense that it might even make you laugh out loud. While sun sign isn’t enough to get a panoramic picture of one’s life, the general characteristics of each zodiac sign has so much to do with its ruling planet that it makes one gasp with wonder. 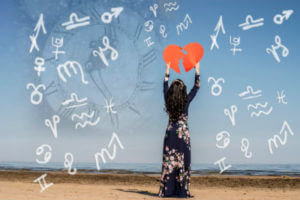 Your sun sign is a convenient way the astrologers refer to a portion of the sky! You read that right. Instead of saying “between this degree and that degree,” they will say “Virgo,” or “Taurus” or “Scorpio.” Each sun sign has a designated area in the sky, marked by degrees. Isn’t that interesting?

So, sun signs aren’t imaginary. They have a specific location in the sky and they rule that location. Through your sun sign, you are associated with that part of the space most, more than all the other zones.

The sky is endless and the human capacity to explore it has been limited. From time to time, a new planet is discovered. Skeptics use it to debunk and discredit astrology whereas astrologers see it as a new phase in collective human learning. “We have a new archetype,” they opine and see how this new personality adds to our karma and understanding and acceptance of our lives. Such was the case when Pluto was discovered in the 1930s.

Astrology is an evolving discipline, like any other discipline created by humans. It grows, changes, deepens. It adds new findings, updates the existing ones, improves its teachings. For example, did you know that if you’re born at the cusp of two signs, that you wouldn’t be able to look at the sky and find a sharp division between those two signs’ locations in the sky? Think of adjacent sun sign areas like clouds – they are very clear from a distance but as you approach them (when you’re on an airplane for example), they lose their boundaries. (So, someone on the cusp should read both sun sign predictions).

Astrology gives us so much and it will continue to do so. Check out astrology life coaching and stay tuned for our article series on the planets – you’ll love it.