The Astrology of Newly Discovered Planets

Ever wondered what it means for astrology when astronomers discover a new planet? Does it effectively change everything we know about astrology and horoscopes? Or does it enrich our pool of knowledge and make our horoscopes even more accurate? In this article, we explore all the relevant questions and discover the answers together.

Like all other areas of life, in astrology as well, our knowledge base is always expanding, always deepening. The same way doctors know more about the body today than they did a hundred, three hundred, or a thousand years ago, astrologers know more about the celestial bodies and their effects on our lives, personal and collective. So, how does it affect everything that we know about the mythology of the skies, what each planet means in astrology, and each zodiac sign once a new planet is discovered?

What Happens When a New Planet Discovered?

For astrologers, the time of a planet’s discovery is the most crucial aspect. All the things that are happening around the world at the time of the discovery, where humanity is headed, positive and negative, what types of myths we’re acting out, including all the light and dark forces, affect what we understand about the new planet. Astrologers believe that we are introduced to new planets when our collective human consciousness is at a point of expansion or transformation.

Planet Pluto is a perfect example. It was discovered in 1930, shortly before the start of the atom bomb era, one of the world’s most horrible wars including a massive genocide of millions of people. So, it made sense of astrologers to associate Pluto with destruction and death. But ultimately, such horrendous events also meant transformation and the learning of new lessons.  The same all humanity learned from the war and the Holocaust, and many international organizations were formed to prevent any such future events (not that we succeeded greatly, but most of are much more aware today than our grandparents were a century ago).

Back to Pluto. Destruction and death were already associated with the sign of Scorpio. So, after Pluto’s discovery, Scorpio got a new ruler, one that better fits its known characteristics. Mars, Scorpio’s previous ruler became a sub-ruler. Astrologers around the world had a consensus on the issue, as it made sense from so many angles. When Uranus was discovered in 1781, the same thing happened. It was assigned to Aquarius. When Neptune was discovered in 1846, it was assigned to Pisces. 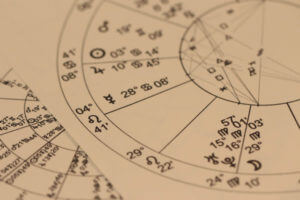 While its existence is still hypothetical, meaning astronomers haven’t confirmed its existence for sure, the discovery of a new planet, called Planet 9, would affect astrology and the twelve zodiac signs once more. This doesn’t mean what we know today is not accurate. It means what we know might be even more accurate sometime in the future.

Doctors don’t lose faith in medicine when a new drug is discovered. The same way, don’t lose belief in astrology just because there are new discoveries. No discipline in the world is already wholly laid out and finished. It’s part of human nature to continue to learn, develop, and explore. You should see astrology through this lens.

The possible existence of Planet 9 is likely to have massive repercussions for astrology, horoscopes, and anyone and everyone who follow horoscopes. Astrologers haven’t reached a consensus yet. But they agree that Planet 9 bodes well for all of us, collectively. It’s planet already believed to improve love lives in general and bring more love and caring into the world – a very timely endeavor, if you ask us. This love and caring will extend to our relationship with money – we will be bringing more love to our work, we will be working not out of gree but out of a love for this world.

If you’re interested in how planets actually get discovered by astronomers and how they are classified, you can read about it here.

Past and Future Written in the Sky

We don’t see the stars and the planets in real time. This is because light takes time to travel to the world so what we are seeing is actually what happened in the sky in the past. The Moon is the only celestial object we see almost in real time. We see Moon two seconds later its present time, which is pretty nice. We see the Sun around eight minutes after its own present time. It sometimes takes years for light from distant galaxies to reach us. So, most of the time what we see in the sky is what happened in the sky in the past.

You might then be wondering if this makes horoscopes all wrong. Are we looking at the past instead of the future? You can relax. Astrologers have the tools to track and predict a planet’s future movements – mostly because planets don’t move freely. They have orbits to follow and gravitational laws to obey. So one can predict their future movements and predict what will happen based on these.

The other thing is, astrologers actually only care about how we see things here, from where we are, at this point in time. So, while planets’ future movements can be predicted, astrologers don’t worry about the light years and all that. They worry about the very things that affect us in this world, as we experience it. What matters is how we experience life, through our human eyes, human senses, and emotions.

So many things to study, so little time. The best is what astrologers have been doing for thousands of years – to understand the skies through the lens of the existing information we already have at hand while also being open to new information as it comes. Not sticking to old dogma and not rejecting the new.

It’s not a coincidence that almost every ancient civilization relied on astrology to make sense of the world. They didn’t know about Uranus, Neptune or Pluto but their predictions were still very accurate. Sometimes you don’t need to how something works in order to make it work. With fewer planets and less precise tools than what we have today, they began a grand tradition of predictions, many of which proved incredibly precise. The discovery of new planets excited astrologers in all cultures and more information meant even more precision.

Want to know more about the planets that influence you and your personal horoscope?  Was your ruling planet always known to astrologers or is it one of those discovered later in history? If you haven’t gotten your natal (birth) chart done, it’s an absolute must for anyone interested in astrology! Get your natal chart as well as predictions for now and the near future. Love life, career, lifestyle, social life, family, health, life purpose, spiritual purpose and more, all can be explored via your personal natal chart.

In a relationship? Interested in someone? You can have an astrologer create your natal chart and your partner’s, and do a compatibility report. You’ll be amazed at how precise and informative it can be. Our partner site Kasamba has the web’s highest rated astrologers, all online and ready to help you now.